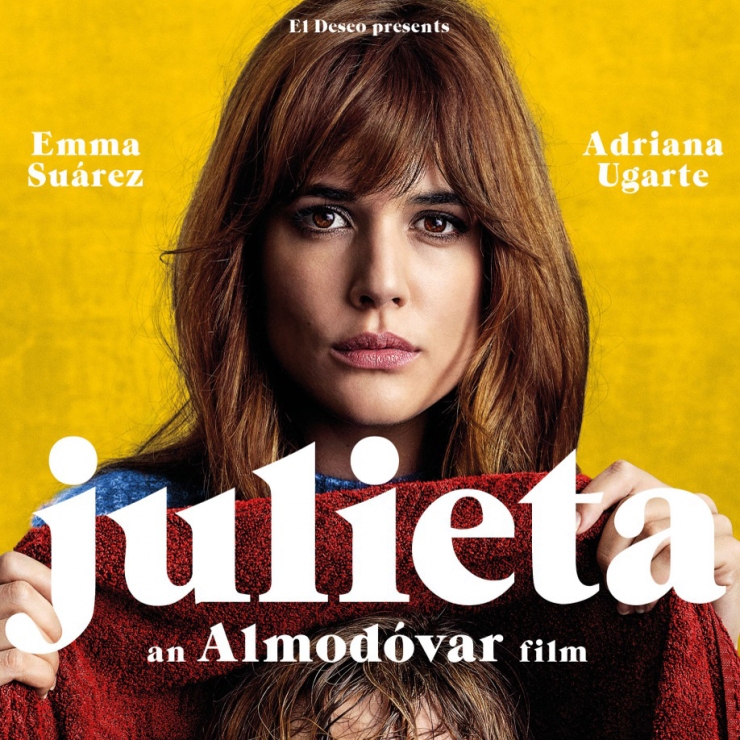 Francesca Rudkin
New Zealand Herald November 16, 2016
This is a restrained, mature work from Almodovar that compliments the Hitchcock-like mystery as it unravels slowly before us.
Full Review | Original Score: 4/5

After a chance meeting, middle-aged Julieta (Emma Suarez) learns that her long-lost daughter has resurfaced in Madrid. This begins a painful reflection by Julieta into her checkered past, flashing back to the moments of pain that defined her current life. This drama is directed by Spanish master Pedro Almodóvar.

IMDB
After a casual encounter, a brokenhearted woman decides to confront her life and the most important events about her stranded daughter.

Julieta (Emma Suarez) is a middle-aged woman living in Madrid with her boyfriend Lorenzo. Both are going to move to Portugal when she casually runs into Bea, former best friend of her daughter Antia, who reveals that this one is living in Switzerland married and with three children. With the heart broken after 12 years of total absence of her daughter, Julieta cancels the journey to Portugal and she moves to her former building, in the hope that Antia someday communicates with her sending a letter. Alone with her thoughts, Julieta starts to write her memories to confront the pain of the events happened when she was a teenager (Adriana Ugarte) and met Xoan, a Galician fisherman. Falling in love with him, Julieta divides her time between the family, the job and the education of Antia until a fatal accident changes their lives. Slowly decaying in a depression, Julieta is helped by Antia and Bea, but one day Antia goes missing suddenly after a vacation with no clues about where to find … Written by Chockys

SUMMARY JULIETA is a Spanish drama about a mother’s search for her estranged daughter.

CUT All known versions of this work passed uncut.

Suitable only for 15 years and over icon15
ECI information