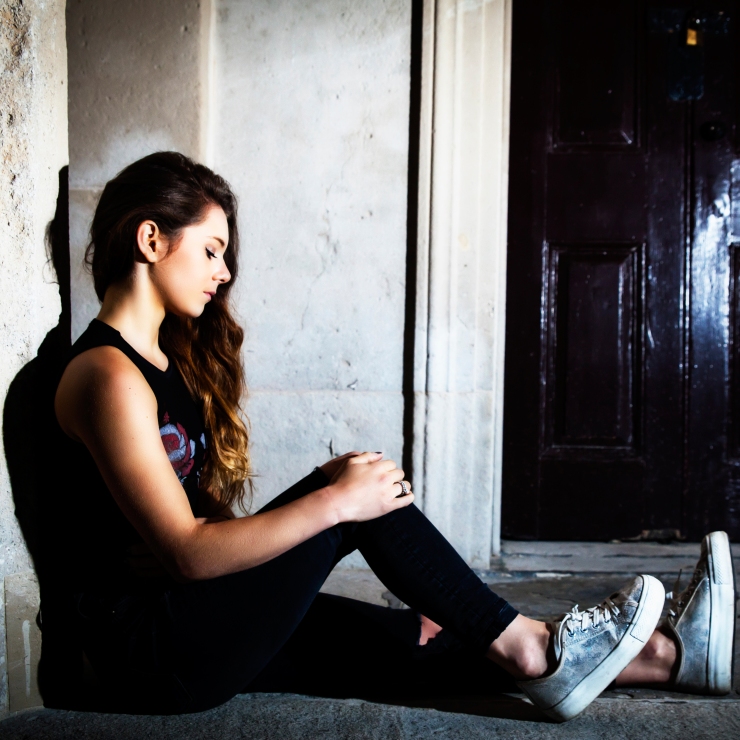 Beth George is an electro pop artist. She combines delicate, sincere vocals with quirky synth and mellow dance beats. Compared to the likes of Jack Garratt and Oh Wonder, her authentic sound is built from experimental live loops and harmonies.
Her live set up, is a complex and captivating performance expressing emotional endearing lyrics of raw metaphors of an adolescence diary.

Beth is an 19 year old singer songwriter and pianist who memorises her audience with her delicate, raw vocals accompanied by her elegant piano melodies. Her passion for music began at a very young age and continued to grow when she began piano lessons at 7 years old. Beth was classically trained to grade 7 which has influenced her intricate playing alongside her pop style which has been compared to the likes of Birdy and London Grammar. Her live performances started with busking in her local seaside town in Whitstable Harbour where she gained a local following leading to gigs across Kent. Since then Beth’s musical career has taken off and over the past 3 years has won awards for ‘best original song’ at the Open Mic Competition’s regional final, gained recognition on Youtube from charting artists such as Naughty Boy and performed at industry linked venues such as Metropolis Studios. She recently released her debut EP ‘Breaking Through’ on iTunes and Spotify which she promoted with an EP Launch last summer. Now with her aspirations to song-write, Beth is attending The Academy of Contemporary Music where she is networking with other musicians, co-writing and producing new music and currently in the middle of forming a band to gig regularly with so if you’re after an intimate, captivating performance make sure you get down to one of her upcoming gigs.

Three young female singer songwriters bring their own great music and some covers for a great cafe style evening.

British singer songwriter Hannah Dorman brings her unique style to the genre. With the emphasis on Pop/Pock, there’s a dusting of Country to be heard in all her songs. Lyrically mature, honest and relatable, Hannah delivers her songs with her distinct raw vocal power and a personable presence. This dedicated singer will draw you in with catchy melodies and a driven rhythm section.

20 year old Jenny Bracey is a developing singer-songwriter from South West UK. Her stunning vocals, and tidy guitar skills separate her from just another ‘girl with a guitar’. Jenny has strong rock influences leading to her developed sound on her recent recordings, showing off not only her skill as a songwriter and recording artist but also as a multi instrumentalist.
Jenny’s first release was her totally acoustic album entitled ‘Wishing For October’ in 2013, which has been commended with 5 star reviews stating it a ‘must download’. The title was based on Jenny’s desire to be 18, on her birthday in October! Following on from this Jenny received a development contract from Southampton’s premier recording studio River Studios, which lead to the release of her EP ‘Take Me Home’ including the single and music video for ‘Take Me Home’. Since then Jenny has released two singles, ‘Just Accept It’ – a breakup inspired song which has had international airplay, and ’10’ – a song inspired by rebellion, recorded with Downtown Artists in London Soho. Both of Jenny’s recent releases were selected for the New Music Monday feature on A.V.A. Live Radio.